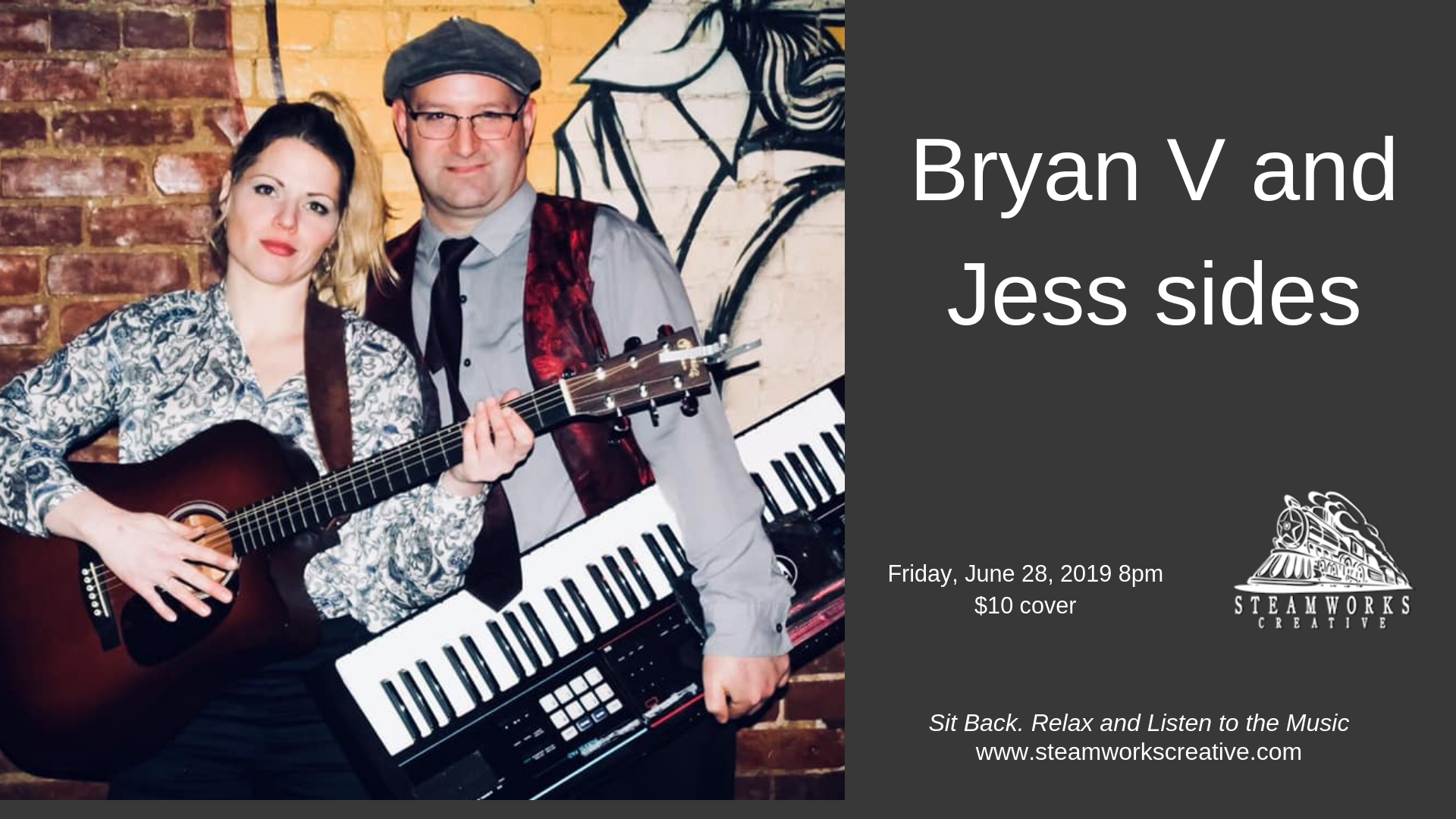 Jess Sides and Bryan V will be playing a mix of acoustic rock covers and Originals both as solo performers and together as a duo.

Vocal/Keyboardist Bryan V has been performing and writing music in various styles since 1987. Originally from Buffalo, New York, he currently performs at various establishments throughout the North Eastern Unites States and Canada. He has previously earned a Music degree from Indiana University, and is the composer of several Modern Classical compositions, including works for solo instruments, string quartet, chorus, mixed ensemble, and orchestra.