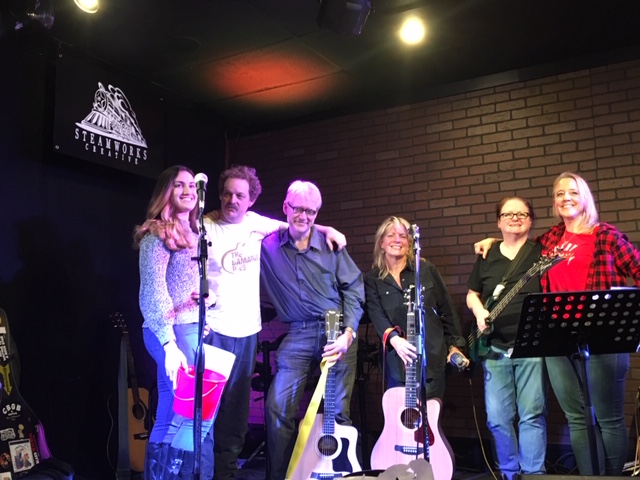 Damaged Pies
Established 1987 Pittsburgh, Pa.
https://thedamagedpies.bandcamp.com
Since its’ inception, Damaged Pies has played and recorded at some of the most legendary venues in world. From CBGB’s in New York City to the Whisky a-go-go in L.A., from Liverpool’s Cavern to Sun Studio in Memphis to Trident Studios in London, from Farm Aid Eve in Hershey to The Surf Ballroom in Iowa, from Damaged Pies Day in Pittsburgh to Toronto to Philly, from Athens to Boston, from Wrigley Field to Three Rivers Stadium from the Rock and Roll Hall of Fame to Golden Gate Park in San Francisco to the Wheeling Jamboree to Nashville to White’s Bar in Saginaw and all points in between, Damaged Pies has been one of rock and roll’s most durable and well-traveled acts.
Damaged Pies/ Steve Bodner has also been honored with the Jefferson Award for Public Service. The Damaged Pies new single to benefit WhyHunger’s Artists Against Hunger and Poverty is entitled Same Circus, Different Town and features a musical introduction by David Hentschel (Elton John, Genesis, George Harrison and Ringo Starr).