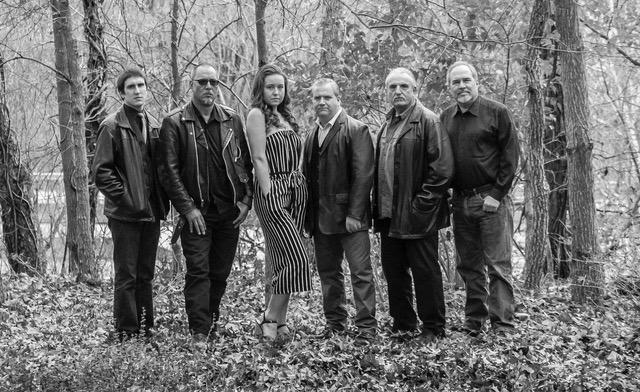 Singer/songwriter Matt Aquiline began performing in Pittsburgh in the early ’90s and recorded his 1997 cd, Dice Roll, at Dave World in Ambridge, PA, backed by some of Pittsburgh’s best musicians including Whitey Cooper and Sam Klingensmith of Norman Nardini and the Tigers, Joe Marini of Jim Donovan and the Sun King Warriors and at least 1 Granati brother. He moved to DC to further other career pursuits, where he formed the band, Kid Goat, which performed in the DC area for ten years and recorded the 2009 cd, “These People Aren’t You.”
Kid Goat disbanded in 2013 and Aquiline returned to Pittsburgh to continue writing and performing his music in the town where it was formed.

To help bring his sound home, Aquiline enlisted veterans of the local scene Stefan Rodriguez (Bad Attitude, Full Circle Band, Electriflyers) on Bass, Neil Carr (Scene 14, RockHeart, Gringo Zydeco) on Lead Guitar and Vocals and Bill Maruca (Sandoz, The Pawnbrokers, TheCAUSE, Billy Price) on Keys, and the youthful talents of Evan Cvejkus on Drums and Heather Catley on Vocals and Guitar. Catley and other band members have also begun contributing their own stellar original material to Aquiline’s, adding even more dimension to a sound that already married folk, rock, blues, country and a little blue-eyed soul into an Americana sound that is pure Pittsburgh, with skill, authenticity and the kind of depth you develop surviving a few cold Winters.

Matt Aquiline and The Dead End Streets released their debut EP “Coming Home” in December 2017. They released a two-song single of original Christmas songs in December 2018, “No Excuse Not To Have A Merry Christmas.”