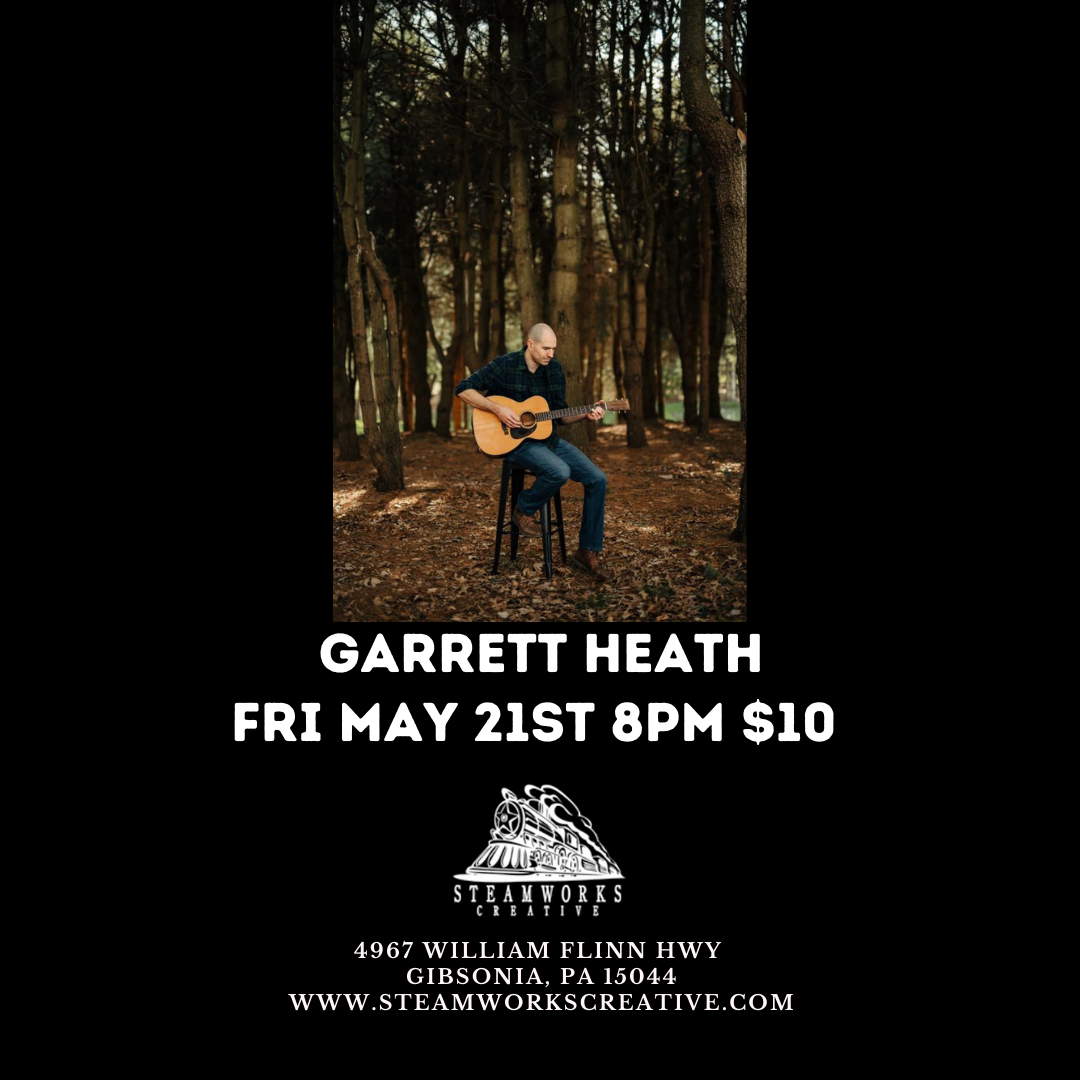 Folk musician and songwriter Garrett Heath has focused his craft by way of soulful imagery and an honest voice. Raised with a thorough appreciation of the likes of Springsteen, Dylan, and Young, he began playing guitar and writing songs in high school. His debut full-length album, “Whisper in the Dark” was released in 2013 and sparked a tour of the Eastern U.S. On the road, Garrett has shared stages with artists such as Brooke Annibale, Joy Ike, Gavin Slate, Cindertalk, and others. He currently lives and works outside of his hometown in rural western Pennsylvania.