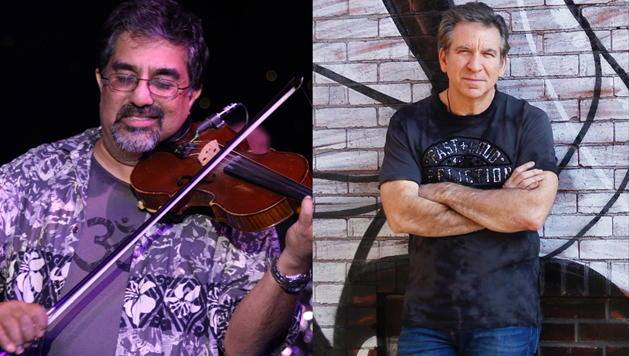 Join Bob Banerjee with Special Guest John Vento for a wonderful night of music and fun.

Bob is a well known violinist in the Pittsburgh area and beyond. He played classical violin for many years. Bob outgrew classical violin to go into playing improvisational performances in country, bluegrass, folk, reggae, jazz, rock and Celtic. Bob is the Curry in the Corned Beef and Curry Band. His latest album, Foreign Country, was released earlier this year.

John Vento is best-known as the lead singer of The Nied’s Hotel Band. The band was voted Pittsburgh‘s “Best Bar Band” in the 2016 Pittsburgh Magazine Readers Poll. They are known for performing rock-n-roll, R & B and their unwavering support of charitable causes. John is the co-founder of Steamworks Creative.