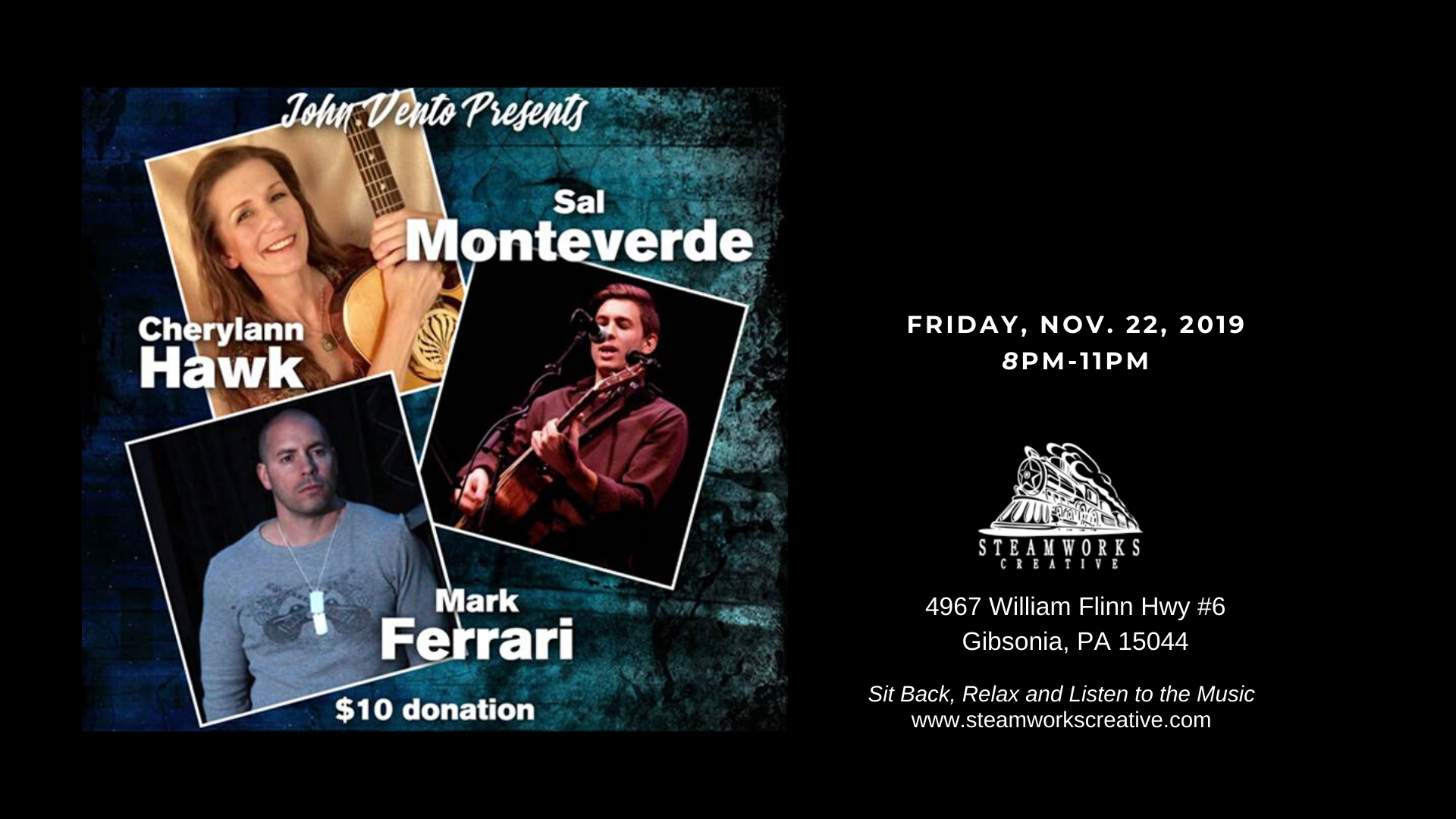 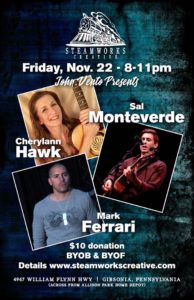 Mark Ferrari is a singer/songwriter from Pittsburgh, PA. He has currently recorded 3 albums and a recent 3-song EP. His songs have been featured on local and national radio. Mark has opened and shared the stage with many artists such as George Jones, Van Zant, Uncle Kracker, Edwin McCain, and Natasha Bedingfield to name a few. Mark has performed live on local radio stations such as Froggy, WDVE, The Rock Station, and KDKA radio. Mark’s music is acoustic contemporary rock.

Cherylann Hawk is a singer/songwriter who lives in Pittsburgh, PA, and is originally from Wheeling, WV. She has opened the show and shared the stage with many successful artists, and has released 3 full length albums and various singles of her own. She also has been a part of many other artists’ projects as a singer, percussionist, acoustic guitarist, writer, engineer & producer. Her most recent and most relevant focus has been John Vento’s album “Love, Lust & Other Wreckage.” Cherylann’s music is a blend of her country roots weaving through jazzy chords with folk pop melodies riding over exotic rhythms from around the world… alternative folk pop, and has been compared to her favorite influences… Joni Mitchell, Sheryl Crow, Alanis Morissette & Karen Carpenter.

Sal Monteverde is a talented singer/songwriter that has shared the stage with John Vento and with the Nied’s Hotel Band.